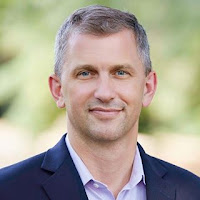 [This series of Tweets came out shortly after the Casten/Roskam debate in July – but it is still MUST READ for anyone who missed it.  See also some of Sean’s other writings concerning responsible financial management of our country:  “Bringing Fairness and Rationality to Our Tax Code” and “We Need a National Balance Sheet”.  Use the information when you’re canvassing in support of Sean! – ed.]

*******
In my debate with @PeterRoskam earlier this week he told some real whoppers about taxes and the impact of his tax bill on the district. They are talking points completely unbuttressed by facts. But facts matter. So here’s a thread…
2/First, he repeated his line that the “average median” family in #IL06 earns $135K/year. This is wrong in three really important ways.
3/ (a) The average family in #IL06 earns $125K. (b) The median family in #IL06 earns$97K. (c) “average median” isn’t a thing. https://www.census.gov/mycd/?st=17&cd=06 … #factsmatter #mathisreal
4/ Now since we’re asking what impact @PeterRoskam‘s tax bill has on #IL06, the relevant number is the median, since that’s the number that applies to a typical person in the middle of the income zone in the district. So $97K is the right number
5/ But since @PeterRoskam‘s tax bill is overwhelmingly skewed to benefit the wealthy, it’s materially significant that he decided to simply assume that the representative family in the district is earning $40K more than they actually are.
6/ But it gets worse. @PeterRoskam – like all the GOP shills – uses the Tax Foundation to do their assessment of of the impact of the tax bill. They are a hack, right wing group that is (if it’s possible) worse at economics than Peter.
7/ As Nobel prize winner @paulkrugman has pointed out many times. https://krugman.blogs.nytimes.com/2017/11/21/tax-cuts-growth-and-leprechauns/ … https://krugman.blogs.nytimes.com/2017/11/14/tax-cuts-and-the-trade-deficit/ … https://krugman.blogs.nytimes.com/2017/10/25/trumps-700-billion-foreign-aid-program/ … (among others)
8/ (BTW – note that third Krugman link where he pointed out that 35% of US equities are owned by foreigners, so giving a tax cut to US corps sends money out of America.  This is the point I made at the debate which doesn’t get nearly enough attention)
9/ Among many problems with the Tax Foundation model is that they assumed that if you cut taxes for corporates, corps would raise salaries. That is a ginormous assumption. And dead wrong – real wages are down 1.8% since the bill was passed.
10/ So @PeterRoskam assumed you’d get a raise from his tax bill and therefore have more money. It’s like assuming your dog is a leprechaun who can give you his gold. It makes your financial math easier, but it’s completely stupid.
11/ So @PeterRoskam uses a made up math term “average median” and gives everyone in the district a $40K raise to calculate his tax savings. Basically, he’s saying “5 plus minus 3 equals 19”. Total gobbledegook. But even on his own #newmath, the numbers don’t work
12/ Let’s go back to the Tax Foundation. Here’s their calculator. Go log in. Enter the “average median leprechaun my pretty pony” #IL06 income of $135K and 2 kids. You get the $4600 savings he uses.
13/ But as you fill out that form, notice that you have to enter whether you want to itemize or take the standard deduction. You only have one choice. THEIR MODEL IS ASSUMING THE SAME APPROACH IN 2017 AND 2018.
14/ This matters because the tax bill doubled the standard deduction. The family here had an incentive to itemize in 2017, but the tax foundation model assumes they didn’t. e.g., the model assumes you overpaid in 2017, then uses that to calculate your savings in 2018.
15/ Also, notice that the model doesn’t allow you to enter your SALT taxes. #IL06 has the 12 highest SALT tax of any congressional district in the country. The cap on SALT deductions almost certainly works to your disadvantage, but that’s not included.
16/ So to review: @PeterRoskam‘s estimated tax savings depend on (a) inflated income, (b) imaginary math terms, (c) tax models that have been debunked by Nobel prize winners and (d) assumptions that tax payers are too dumb to itemize in 2017.
17/ All of those things overstate the savings. And while without having access to all his models, I can’t say exactly how much he’s overstated the savings to folks in #IL06.  But I’m willing to guess its close to 100%.
18/ So here’s my challenge to @PeterRoskam. Post a spreadsheet with your calculations. Use actual income data from #IL06. Include SALT. Show your work. Give sufficient detail that we can check your math. Until then, stop making up numbers.  People’s wealth is at stake. /fin