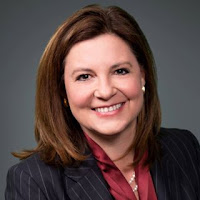 “Leading from behind” is a term that is used in multiple ways.  The best, most positive meaning describes what DuPage Democrats are doing – influencing others without the mantle of leadership or a majority, to create positive change in our communities. Candidates and active citizens are ​acting​ on issues we find integral to our community, and then our opponents ​finally​ decide to react. Without challenges up and down the ballot, I’m not sure we would see the same movement from our sitting politicians in the other party…even when it comes to emission of a known cancer-causing gas as is the case in Willowbrook with the Sterigenics facility.

I became vocal on twitter calling for the EPA and WIllowbrook mayor to shut down Sterigenics,. and Liz Chaplin immediately called for the ban of Ethylene Oxide soon after an August U.S. Department of Health and Human Services’ Agency for Toxic Substances & Disease Registry issued a report flagging an area around Willowbrook as posing a public health hazard.  A few days later a County Board member essentially said people mobilizing is better than politicians talking – whatever that means. (I guess it means no action but get pictures taken in front of a protest and make a mailer.)
The next week I stood with other candidates including Tom Chlystek, Bridget Fitzgerald and Sean Casten calling for strengthened measures to control the contaminant and protect residents, and on my blog (http://www.julierenehan.info/) I urged the DuPage County Health Department to ​do the job they are tasked with ​- to “respond to public health threats.” Just this week, with much fanfare, the Board issued a non-binding resolution (that did not shut down operations or change any circumstance) and one member is on record saying he is “leading the effort to hold Sterigenics accountable.”  Not true, but if we all work together, that is some sort of progress – late and self-serving – but if it moves the needle, o.k.. Liz and I will keep at it, leading from behind, pushing crucial issues.
Irfan Ibrahim did it at Waterfall Glen, stopping a trucking warehouse; Linda Davenport did it on the Circuit Court, pressuring for a diverse judge appointment; and Liz Chaplin, myself and others are doing it with Sterigenics. When we are elected, we will act on the first instance – we already are.