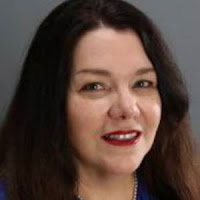 Despite the spin, elections have NOT yet moved to the DuPage County Clerk’s office. The move won’t take place until 2019. A County Board vote will take place on the consolidation after Jan. 1st. The actual move will *likely* not happen until after the 2019 municipal/consolidated election is certified. The current County Clerk will have zero election administration experience prior to the midterms.
Despite the spin, the current County Clerk is NOT looking forward to moving duties from the Election Commission to the Clerk’s office. He has demonstrated no interest in administering elections. He could have been serving as the Chair of the DuPage County Election Commission the past four years, according to the ordinance, but chose not to. In fact, he never attends Election Commission board meetings and was completely unaware of the Election Commission’s budget when he presented the 2019 budget before the County Board in August.
Despite the spin, the current county clerk is NOT the beacon of transparency, inclusiveness, democracy and participation. The Republican is ignoring invitations to public forums with me, including the League of Women Voters and Progressives for Change. This was his pattern in 2014, as well.
Despite the spin, it is NOT Dan Cronin who should be credited with the plan to consolidate the Recorder’s office with the County Clerk’s office. This was the cornerstone of Moon Khan’s candidacy for DuPage County Recorder in 2016. This year, I have carried the baton in my campaign for County Clerk. Over 90% of the counties in Illinois have already merged the duties of Recorder with County Clerk’s offices. Cronin had the opportunity for years to make this move; instead the power structure was waiting for when the current politically-entrenched Recorder was closer to retirement. Just having opposition in a race pushes our elected officials to do the right thing!
Despite the spin, former DuPage County Election Commission Exec. Dir. Joe Sobecki did NOT want to resign. He was given an ultimatum, a reliable source confirmed. The media reported that “there was no previous indication he was planning to step down.” Immediately following the “resignation,” an interim executive director was installed without a vote by the Commissioners. Sobecki left a well-paying position with excellent benefits, two years shy of pension eligibility. He is currently job hunting via LinkedIn as “a performance-oriented government Administrator, with expertise in over 30+ elections.”
https://www.linkedin.com/in/josephsobecki
P.S. The Democratic Party has been extremely helpful in recruiting new election judges. Word on the street, we’re doing a better job than Republicans. The Democratic Party is taking their civic duties seriously. We still need more judges. Keep up the good work!