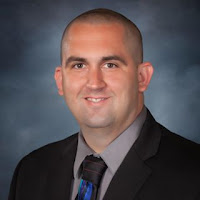 The use of canine teams in law enforcement is an invaluable tool that can help locate a missing person, passively detect explosives, locate fleeing, violent felons and detect illegal drugs concealed in vehicles and buildings. While canines can be an extraordinary law enforcement tool, there is a cost associated with employing canines within an agency.  During the primary, my opponent James Mendrick participated in a televised interview for Politics Tonight with Paul Lisnek (https://cltv.com/2018/03/17/decision-2018-dupage-county-sheriff-republican-candidates/). During this interview, Mr. Mendrick said the Sheriff’s Department could purchase a new narcotic drug detection canine for $800.00.  This statement by Mr. Mendrick grossly misled the public as the cost of a new, trained drug detection canine is far more than the $800.00 he stated.  Even if this canine was to be trained in-house, by current sheriff’s deputies or staff, the man hours and associated cost that goes into providing this training must be considered and would far exceed $800.00.
According to the Illinois Law Enforcement Training and Standards Board (ILETSB), all narcotic canines must be trained in accordance with the minimum training standards which are set forth by the training board.  ILETSB provides a list of entities that have met these requirements.  One of the most common entities used in the area is TOPS Kennels.  The cost of a patrol/narcotics canine from TOPS Kennel is $13,200 plus a commitment of 8 weeks for the deputy to complete the final portion of training.  Also included in this cost are the weeks of pre-training with the canine to prepare it for service work prior to its introduction with his/her human partner. In addition to the initial cost of the canine, there are continuing education, food and vet costs that must be factored in.  You must also consider the associated work hours of the deputy, as a canine officer is typically allotted compensable time to care for the canine while at home.  When you consider the above costs, you must be ready to support this investment regardless of whether or not the canine has a successful career detecting drugs that lead to in the seizing of enough assets to possibly help fund the continued and/or future operations of the canine program.
As an elected official and the chief law enforcement officer in the county, it is imperative we be transparent with our intentions and the cost of proposed initiatives.  DuPage County government does not have an unlimited source of funds and we must be responsible with taxpayer funds.  The use of smoke and mirrors to hide or mask overall costs with an extraordinary low up-front cost will only decrease the public’s trust in an agency whose untarnished integrity is of the utmost importance.