TRUMP TELLS THE TRUTH FOR ONCE, AND THE REAL TRUTH IS INNOCENT CHILDREN ARE BEING HARMED.
During an interview on Fox, Trump was asked “How do you think you have done since being in office?”  His response was actually honest.  He said:
“I would give myself an A+.  No other president has done what I have done.”  And that’s where he left his comment.  He’s right.  No other president has broken Trump’s record for the following in their first year of office (or for that matter, their entire terms): 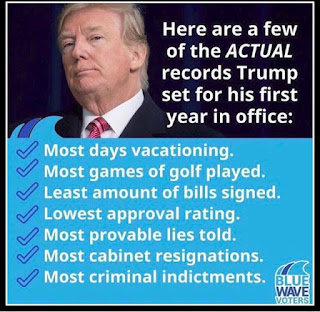 Also, no other president has: 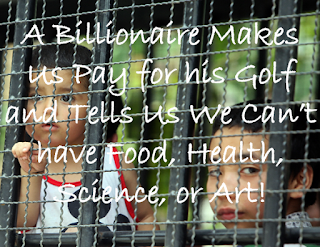 Kidnapped innocent children, separated them from their parents, locked them in cages and among other things, traumatized children and manipulated parents to sign a document that “indicated desire against reunification”.

More than 400 children are still separated from their parents.  PBS reported an update on these children in their September 7 article“More than 400 migrant children remain separated from their parents. Here is what we know.”  The article includes “how the U.S. further categorizes the parents of the 416 children that remain in U.S. custody”:
·        “304 have adults who are currently outside the U.S.
·        199 belong to parents who ‘indicated desire against reunification.’ It should be noted that the ACLU has challenged this supposed ‘desire’ in court, filing personal court documents that say some parents may have been coerced by immigration officials to waive their reunification rights.
·        31 adults had a ‘red flag’ in their background checks
·        9 adults are in federal, state or local custody
·        3 adults had a ‘red flag,’ concerning safety and well-being”
There are so many examples of horrible actions of this president that have harmed so many.  Not to mention his level of lying, partnering with Putin, igniting widespread racial intolerance and having the ability to silence the GOP-controlled Congress, which is the only safety-net we have to a dangerous executive branch.
There is no more important election than NOVEMBER 6, 2018.  GET OUT THE VOTE!