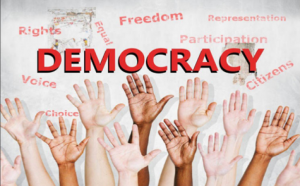 SO, WHAT DO DEMOCRATS BELIEVE?

I have been asked recently what it is that motivates the Democratic Party? What values do they hold that determine their push to direct departments and pass bills and lead investigations? I can’t find any research that directly involves our political parties but there is a body of research on the liberal – conservative spectrum of thinking. Our political parties have a history of revolving; the Republican party of Lincoln differed in many ways from the party of Reagan and very radically from the current Republican party of Trump. But the Democratic party has, since the 1960’s exodus of the Dixie Democrats, been pretty consistently liberal, so I am going to attribute the research relative to liberals as the standard for the Democratic party as a whole.

As seen this way the primary values for Democrats are equality, fairness, care/nurturing and protection from harm. Though a top-rated value for liberals is equality this doesn’t mean that conservatives do not value equality too, but that it is much farther down the list for them. It also seems that there are some personal characteristics which can further nudge one toward a liberal or conservative predisposition: e.g. people more comfortable with change are more comfortable with liberalism; those who seek out a more structured order lean conservative. But if one’s strongest motivation is the push for greater EQUALITY for all, then it makes sense that Democrats are so concerned about red states’ new voter suppression laws, while many Republicans seem so unconcerned. If the “created equal” clause of the Declaration of Independence is the bedrock of our idea of our country, then any threat to that in our election process, or in holding people accountable who participated in our attempted coup, or in ” equal opportunities” for education, citizenship, jobs, etc. ring our loudest alarms.

FAIRNESS, which demands that we sometimes must balance conflicting ideals, plays a big part in our attitude towards many social and economic issues; e.g., to be treated fairly, Dreamers, immigrants who were brought here as children, should have the security of a quick and easy path to citizenship. Period. The idea of holding children and babies hostage for their parents’ behavior at our borders triggers Democrat’s outrage because it violates our belief in fairness and CARE and PROTECTION FROM HARM. The whole issue of immigration is so complex that finding fair solutions for all concerned is hard, but it is something that Democrats have always been devoted to. The same applies to criminal justice reform and affirmative action, to name a few where fairness will require a fine balancing act, but where Democrats won’t shy away from trying to find something better than what we have.

On social issues such as child/ elder care and paid parental leave the values of care and nurturing come into play. They are values that are most easily pooh-poohed by conservatives but are most often genuinely appreciated by all when put into place (the five-day work week anyone)?  Health care is another huge example that simply states what should be, by Democratic standards, obvious: what good is a government by the people, and for the people, if it doesn’t take basic care ” of” the people?

Liberals are not typically thought to be top-level players in the fields of economics. I think that it is because they are often seen as single mindedly against a totally free market. But I think that they are far more nuanced than that: they are always looking for more ways to level the playing field and provide more fairness than their conservative counterparts. So many values come out to play here, fairness and care and protection-from-harm. It actually surprises me that Democrats don’t push harder to be active in pursuing economic change because they are so much more willing to tolerate some disorder while working for more fairness.

The abortion issue is certainly one of equality, fairness and protection on both sides: conservatives want an embryo or fetus to be legally equal to, or greater than the life of the mother. In other words, they want equal protection for potential life. Liberals see this as unfair to existing life. This is simply stated but enormously consequential. There is no universal agreement on when life begins so to err on the side of extreme restriction is to severely limit the freedom of the female human involved. It is an extraordinarily unfair position. It promotes an extreme inequality. It is uncaring and can cause harm to the mother and possibly the whole family.  You can see why the liberals are against severe abortion restriction -it goes against every one of their most important values.

There are still other issues that can be parsed according to what values they present and to easily see then where Democrats fall. On the pandemic, both vaccinating and masking are primarily about prevention from harm both to the individual and, equally importantly, to the general public. Gay marriage is about civic fairness: signing a civil contract giving the rights and obligations enjoyed by other couples. Issues with police action before and during both BLM demonstrations and the January 6th insurrection have been deeply disturbing, but a majority of Democrats do not subscribe to the defund-the -police mantra; they would be more inclined to find a way to provide fairness and protection to both the police and the public as warranted.

These values as presented are not absolute. Life is messier than that. But they do provide a road map for Democratic navigation of important positions. Conservative values of greatest importance to them are different (their top four are loyalty, patriotism, moral uprightness, and respect for authority/tradition) but they should not be assumed to hold the same position for Trump acolytes. I’m not sure I could determine those, nor do I want to spend my time so negatively. But I have come to realize that our very different vantage points do matter in significant ways. We are worried about our democracy; Republicans apparently do not mind if what we have is more of a non-democratic republic.