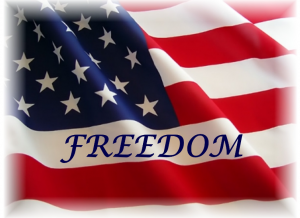 VOTE FOR DEMOCRATS TO DEFEND OUR RIGHTS AND OUR DEMOCRACY

These are scary, HAIR–ON–FIRE times. This dangerous GOP is a threat to our way of life.

The GOP is a threat to our democracy – they are now a fully fascist entity. They unabashedly idolize Hungary’s authoritarian leader, Viktor Orbán and Vladimir Putin. Did you know that the party doesn’t even have an official Party Platform, since 2020? Like all fascist entities, they stand for nothing except maintaining strict power, which they hold through a steady diet of fear-based lies. To ensure its power, the GOP has passed 389 voter-restriction bills in 48 states! They have increased voter ID laws with 14 bills to expand voter purges and to restrict vote-by-mail access. And we all know how the GOP tried to overturn the verified 2020 election, propagating The Big Lie. Worst of all, many Red states have passed laws that enable them to overturn future elections!

The GOP is a threat to our freedom. The GOP-appointed SCOTUS members threw out 50-year-old Roe! Instead of keeping a woman’s right to reproductive choices between her and her doctor, the fascist GOP are forcing women to bend to their will fueled by religious platitudes. This is an attack on not just women’s individual choice, but on women’s health! Which brings us to…

The GOP’s threat to our lives. With restrictive reproductive laws, doctors will be afraid to treat women in need of life-saving care. The result will be an increase in maternal mortality. And there have already been 314 mass shootings this year committed with guns originally designed for the battlefield. And the GOP is content to watch all of the guns feeding CRIME ON OUR STREETS.

The GOP is a threat to our rights. They do not believe in equal access to life, liberty and the pursuit of happiness. Like good fascists, they only want “certain” factions of the population to thrive – they do not support healthcare. They don’t even support veterans – they only passed the PACT Act, the Promise to Address Comprehensive Toxics Act, after a veteran-led public shunning!

For the GOP to claim to be Pro-Life is an insult to any thinking citizen. The GOP is pro-those-they-deem-worthy. The GOP is a fascist party that stands for White Supremacy and big corporate profit.

But there is hope! VOTE. Votes get in the way of their plan!

Democrats and Biden are passing important bills to HELP American families. So vote for Democrats top to bottom. SAVE OUR RIGHTS, LIFE and DEMOCRACY!  DO NOT LOOK AWAY!

VOTE BLUE for OUR DEMOCRACY and OUR FUTURE!!!